Higdon, Hardy & Zuflacht, L.L.P. > Blog > Child Custody > Who Claims the Kids on Your Taxes After Divorce?

Who Claims the Kids on Your Taxes After Divorce? 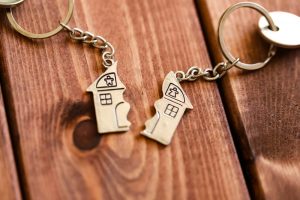 During a divorce, you and your spouse have to make decisions about various issues, including dividing property, child custody, and child support. These issues that once were moot because you shared ownership and responsibility are what can make divorce stressful and tense.

Issues regarding the children are the most sensitive. Deciding on who the child will live, who can make decisions regarding the child, and guidelines for visitation time can be challenging and multifaceted. Having the court make the decision for you comes with its own kind of stress.

One of the issues regarding the children that may not be front of mind for many spouses is who can claim the child on their annual taxes. This can be a point of contention between spouses because of the financial implications of the child being claimed by one parent or the other. It’s possible to include in a divorce decree or parenting plan who is allowed to claim the child on their taxes.

There are several tax credits for which you could qualify based on the dependents you claim on your taxes.

Parents are eligible for the EITC if they were responsible for caring for a child and the child primarily lived with them for at least six months during the tax year. There are income thresholds within which a parent must fall to qualify for the EITC.

Parents who are financially responsible for a child’s daycare, child care, or after-school program fees can claim those payments on their taxes and have them deducted from their taxable income. Parents have to meet income requirements to claim this credit. 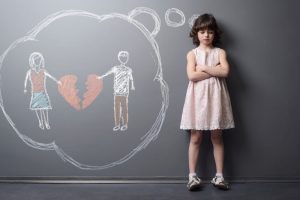 Who Can Claim Your Kid on Your Taxes After Divorce?

The IRS has certain rules for divorced parents regarding who can claim a child and who can claim certain tax credits relating to the children. 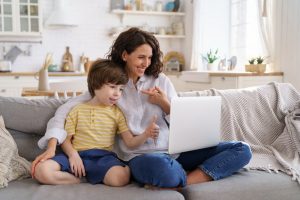 A child shared by divorced spouses could be the qualifying child for both parents, particularly in the tax year of the divorce. But only one parent can claim the child as their dependent on their taxes in any given tax year.

Often in Texas, both parents share joint legal custody of their child. This means that both parents have input and can make decisions about their child’s health, medical needs, extracurricular activities, education, and more. Except in cases where it’s not warranted or isn’t in the best interests of the child, it’s common for both parents to also share physical custody of the child. This means the child spends a portion of the time residing with one parent and a portion of the time residing with the other parent, with visitation time in between.

If the child’s time is split 50/50 between residing with one parent and the other, then the parent with the highest adjusted gross income for that tax year is the parent who can claim the child.

If there are issues between you and your spouse about claiming your child on your taxes, you may need help getting it resolved legally. The experienced San Antonio family lawyers of Higdon, Hardy & Zuflacht, L.L.P. can help you resolve the issue in your divorce or seek court involvement to determine what should be allowed. Call us today at (210) 349-9933 or contact us online to schedule a consultation.