Higdon, Hardy & Zuflacht, L.L.P. > Blog > Divorce > What Is the Difference Between a Divorce and an Annulment?

What Is the Difference Between a Divorce and an Annulment? 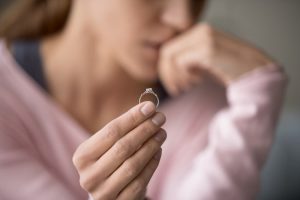 In Texas family law, the difference between a divorce and an annulment is a matter of the legal validity of the marriage. A divorce brings about an end to a valid marriage in the eyes of the law. An annulment, on the other hand, constitutes a legal invalidation of a marriage, treating it as though it never existed in the first place. However, to qualify for an annulment, the petitioner (the person who is filing the suit) needs to be able to prove that the facts and circumstances of the marriage meet specific statutory grounds.

This is another difference between a divorce and an annulment in the state of Texas. In the case of a divorce, the parties can plead “no fault,” thus enabling them to file without needing to prove the grounds for the dissolution of their marriage. If you want an annulment, it will probably be necessary to go before a judge and demonstrate that the facts of the marriage are in line with the required legal grounds.

How Do I Know If I Qualify for an Annulment?

Texas requires that your case meets one of the following statutory grounds for you to be eligible for an annulment:

Intoxication – A petitioner may qualify for an annulment if they were under the influence of alcohol or drugs and therefore were not capable of consenting to the marriage. However, this is only possible if the married parties did not voluntarily live together after they were both sober. If the couple moved in together after the marriage and attempted to make it work, they do not qualify for annulment under Tex. Fam. Code §6.105.

Fraud, Duress, or Force – If the petitioner entered into the marriage as a result of fraud, duress, or force, the marriage may qualify for an annulment. However, this will only be possible if the petitioner did not live with the other party after learning about the fraud or after they were no longer under duress or force.

Mental Incapacity – The conditions under which a court will grant an annulment based on mental incapacity will depend on which party is the petitioner. If the person with the incapacity or their representative is the petitioner, the annulment will be possible only if they did not have the mental capacity to consent to the marriage or if their mental disease or defect prevented them from understanding the nature of the marriage ceremony. It is also necessary that the petitioner did not voluntarily live with the other party at any time when they had the capacity to understand the marriage.

If the petitioner is the party that does not have the mental incapacity, the annulment will be possible only if the petitioner had no knowledge of their partner’s incapacity when the marriage occurred and has not voluntarily lived with the other party since discovering the mental defect or disease, as outlined in Tex. Fam. Code §6.108. 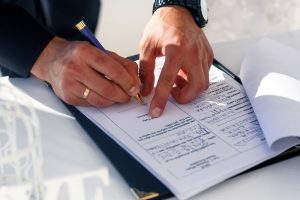 Concealed Divorce – A petitioner who did not know that the other party had been divorced from a third party within the 30 days before the marriage may qualify for an annulment. This will only be possible if the petitioner has not voluntarily cohabited with the other party since learning of the divorce, according to Tex. Fam. Code §6.109.

Marriage Less than 72 Hours After License Was Issued – If the marriage occurred within the 72 hours after the marriage license was issued, the petitioner may qualify for an annulment, but under Tex. Fam. Code §6.110, they must file their petition within the 30 days that follow the ceremony.

Consanguinity – The court will declare a marriage void if the parties’ blood relation is as close as or closer than cousins, as set forth in Tex. Fam. Code §6.201.

Preexisting Marriage – If either party in the marriage was already married at the time of the ceremony, the courts will void the later marriage. However, if after the first marriage has been dissolved, the parties continue to cohabitate and represent to other people that they are married, the new marriage can still become valid. This circumstance is covered in Tex. Fam. Code §6.202.

If you are seeking more information about the differences between a divorce and an annulment, or you are considering petitioning for a dissolution of your marriage in one of these forms, contact the experienced San Antonio family law attorneys at Higdon, Hardy & Zuflacht, L.L.P. today at (210) 349-9933 for a confidential consultation about your case.