Higdon, Hardy & Zuflacht, L.L.P. > Blog > Child Custody > What Happens if My Ex is Not Honoring the Custody Agreement?

What Happens if My Ex is Not Honoring the Custody Agreement? 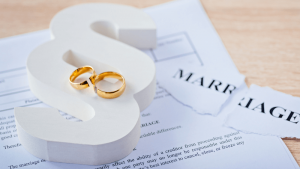 You finalized your divorce and obtained a child custody agreement that you and your ex promised to follow. However, as time has passed, your former spouse has not held up their end of the deal and has not honored the terms of the agreement. What can you do to make sure your child’s other parent adheres to the custody order?

Luckily, Texas has what’s called a Suit Affecting the Parent-Child Relationship, or SAPCR. These types of cases can be brought by one divorced parent against their former spouse who is not honoring the terms of the child custody and/or support agreement. The SAPCR effectively petitions the court to order a non-complying parent to make good on the terms of the agreement and adhere to custody designations, visitation schedules, child support payments, and so on.

Two of the most common reasons that issues arise with regards to a custody agreement are as follows:

According to the Texas State Law Library, an aggrieved parent can petition the courts for assistance through a SAPCR. By filing a petition, the parent can request that the court enforce the terms of the custody agreement. The court could hold the offending party in contempt of a court order and impose harsh penalties.

Child custody, visitation, and support agreements are official legal documents that are filed with the courts. This means that the parties involved must adhere to the terms or face serious legal repercussions. Consequences can include hefty fines, driver’s license suspensions, and even criminal prosecution that may lead to jail time.

The attorneys at Higdon, Hardy & Zuflacht, L.L.P. have years of experience dealing with all types of issues arising from parents not abiding by the terms of their custody agreement. We will fight hard to assert your rights and help you obtain a favorable resolution to the matter as quickly as possible.

You can call us at (210) 349-9933 to speak with one of our San Antonio family law attorneys, or you can reach out to us online and someone will contact you shortly. 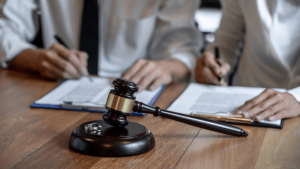 Child custody agreements outline the legal rights and decision-making abilities each parent will have with regard to their children after a divorce. Texas and many other states prefer joint custody as long as there is no history of abuse, violence, or neglect perpetrated by one of the parents. This is because research has determined that children fare better overall when they have regular access to both parents after divorce.

While most people are familiar with the terms “custody” and “visitation,” the State of Texas uses the terms “conservatorship,” “possession,” and “access” when referring to the rights parents have with their children post-divorce.

The courts assume that both parents will maintain a strong relationship with their children and be involved in their everyday lives. However, in many cases, one parent is named the primary custodian, or primary managing conservator. This parent will determine where the child lives as a primary residence and will receive child support payments. The other parent will be the noncustodial parent, but they are still considered a joint managing conservator. This means they get to have a say in important decisions regarding the children.

Parenting time, visitation, or “access,” agreements deal specifically with the access the noncustodial parent will have to the child. These agreements can come from the parents themselves, or in certain situations, the agreement may have stipulations such as supervised visitation, etc., based on documented evidence of abusive or criminal activity perpetrated by the noncustodial parent.

We Are Here to Help

Whatever your specific circumstances may be, the San Antonio child custody attorneys at Higdon, Hardy & Zuflacht, L.L.P. are here to help. Whether your ex-spouse is not returning the children according to the court-ordered schedule, or the custodial parent is refusing you access to your kids, we can walk you through your options for holding them responsible, and assist in obtaining modifications or having the court enforce your SAPCR.

Our lawyers have years of experience helping clients throughout Texas, and we have received dozens of glowing testimonials from those we have proudly assisted with their pressing custody and visitation issues.

Contact us today at (210) 349-9933 or through our contact page to schedule a consultation with one of our dedicated family lawyers.