Higdon, Hardy & Zuflacht, L.L.P. > Blog > Divorce > What You Need to Know About Your Separation Agreement

What You Need to Know About Your Separation Agreement

Texas law does not recognize legal separation from a spouse. Divorce is the only remedy formally available to dissolve a marriage. But not every couple wants a divorce. Perhaps they want to work toward reconciliation, or they do not want to go through the formal divorce process. Some couples want to protect their interests and parental rights while living separately but not divorcing.

In such a situation, the parties can enter into a binding legal contract called a separation agreement. In this document, they can outline their rights and responsibilities during a separation.

What Can I Include in a Separation Agreement? 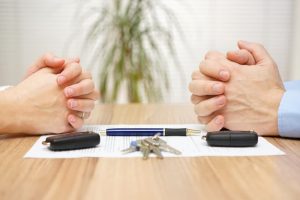 What Are the Risks of a Separation Agreement in Texas?

Unless adequately dealt with in a separation agreement, there may be financial consequences if you separate but do not file for divorce. In Texas, one spouse’s assets and debts incurred while married are considered to belong to the other spouse as well because they are “community property.” This property includes any income or property obtained during the legal marriage, including investments and retirement accounts. Debts can consist of a spouse’s medical bills or credit card debt, even if you have not lived with the spouse for years.

You cannot legally remarry under a separation agreement unless you are divorced, or your spouse dies. Another issue can arise if a man is legally separated from his wife and his wife becomes pregnant by another man. In that case, the separated spouse is still legally presumed to be the father.

While a separation agreement cannot ensure that post-separation complications will not arise, it can help deal with them by addressing the possibilities in advance. You need an experienced family law attorney, like the attorneys at Higdon, Hardy & Zuflacht, L.L.P., to help you deal with these complicated issues and try to prevent them from arising.

How Would I Enforce a Separation Agreement? 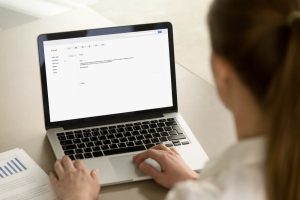 Enforcing a Texas separation agreement can be challenging. If one party fails to keep a promise, the other party would likely need to file a breach of contract lawsuit, asking the court to enforce the agreement. If a court is going to enforce the agreement, it will want to see honesty, good faith, fair dealing, and movement toward legal divorce.

If you want your separation agreement to be enforceable later, you must be completely honest about all material information when preparing the contract. Suppose a person is untruthful or does not provide the whole truth regarding income, marital assets, or other material information. In that case, a court may not enforce the agreement in that person’s favor.

To enforce a separation agreement, you will need evidence that your spouse is not following the terms of the contract. This evidence can include communication with the spouse, in which you act in good faith to resolve the issues before seeking court involvement.

Perhaps you want to try to reconcile your marriage. Or maybe you want to divorce but want to move slowly. If you need a spousal separation agreement in Texas, our San Antonio family law attorneys at Higdon, Hardy & Zuflacht, L.L.P. are ready to help you. To protect yourself, you need counsel. Call us today at (210) 349-9933 or contact us here for a free initial consultation.