What Is a Pet Custody Agreement?

Many people treat their pets like part of the family. Some even refer to their pet as their “fur baby.” But in Texas, as much as you may love your pet, the law still considers it legal property. That distinction can lead to conflict if you and your spouse separate. During a divorce, a judge will decide who gets your pet, much like the judge decides who gets a car. If you do not want to fight over who gets to keep your pet, you should create a pet custody agreement before any separation.

A pet custody agreement is a written legal agreement you and your spouse enter into either before you marry or during the marriage. It can also be part of a comprehensive prenuptial, cohabitation, or partition agreement.

How Is Pet Custody Determined Without an Agreement? 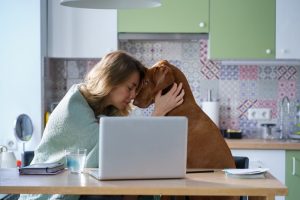 To help establish that a pet is separate property, a party should maintain proof of the gift or preexisting ownership. For example, a Facebook post of the other party mentioning giving the gift or a photo of you opening the present with the pet inside it are each helpful evidence. If you have adoption papers or vet records showing you owned the pet before the relationship, keep those as evidence, too.

If the pet is community property, the court will analyze each party’s ability to care for the pet and who is more appropriate to continue caring for the pet. For example, was one party the pet’s primary caregiver during the relationship? Following the separation, do one party’s living circumstances favor having a pet (such as a yard versus an apartment)? Does one party travel more than the other and cannot, therefore, care for the pet?

While this may seem like an inquiry into what is best for the pet, the focus is on a party’s ability to maintain the pet as property. The court will also tend to keep a pet with children who lived with the pet during the relationship.

When there are multiple animals involved, they may be split between the two parties. For example, the court may award the cats to the party who works or travels more and award the dogs to the party who is home more often. On rare occasions, a judge may order the parties to sell the pet and divide the proceeds between them.

How Does a Pet Custody Agreement Affect Who Gets the Pet and Pet Visitation? 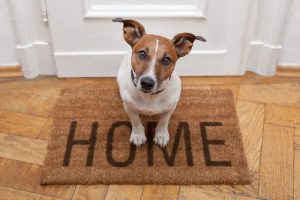 If you and your partner can agree on who gets custody of the pet, you can take the matter out of the judge’s hands. Once decided, you can convert your agreement into an enforceable writing that can stand alone or be incorporated into the final divorce documents. A court will generally honor an agreement between the parties regarding pet custody.

Many people love their pets and cannot imagine having to fight to keep a pet during a breakup. If pet custody or visitation would be an issue for you in a divorce or separation, you should discuss it with an attorney. One of our seasoned San Antonio divorce attorneys at Higdon, Hardy & Zuflacht, L.L.P. can help you prepare an agreement to avoid serious conflict. Call us at (210) 349-9933 or click here to request an initial confidential consultation.