Higdon, Hardy & Zuflacht, L.L.P. > Blog > Divorce > How Can Social Media Be Used Against Me in a Divorce?

How Can Social Media Be Used Against Me in a Divorce? 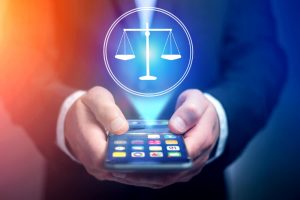 You might think your social media accounts are off-limits when you’re preparing to divorce your spouse. However, certain digital evidence is admissible during divorce proceedings. If you share every aspect of your life on platforms such as Facebook, Instagram, and Twitter, your posts could come back to haunt you.

Social media has become increasingly popular over the years. Many people use their accounts to post photos of their children, keep in touch with distant relatives, and promote their businesses.

Even though you can delete previous posts and make your account private, there’s no way of knowing if your spouse took screenshots to use the information against you. It’s best to avoid social media altogether when you’re going through a divorce.

You might think hidden evidence will remain hidden. Unfortunately, in the world of social media, nothing is ever really erased. No matter what you do to protect yourself online, there’s someone that might be closely watching your activity and saving or printing out everything you post.

If you can’t give up your social media accounts entirely, use extreme caution while sharing information. That includes other means of digital communication, such as email and text messages.

Digital evidence that could be admissible in court during a divorce in Texas includes:

When an Amicable Divorce Turns Ugly 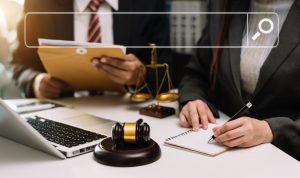 Many divorcing couples can reach a favorable outcome while negotiating the terms of their divorce. Avoiding a courtroom battle is better for everyone, especially if there are children involved.

Unfortunately, an amicable divorce can become contentious quickly if one or both people use social media to portray the other in a negative light. For example:

What might have started as a friendly and respectful divorce could end up as a brutal fight complete with retaliation for perceived indiscretions.

Most people like to think they wouldn’t go down the road of seeking revenge, but divorce can bring out their worst. If you don’t want your words or pictures to be used against you later, stay away from social media until you finalize the divorce.

How Social Media Can Effect the Financial Aspects of a Divorce

It has become second nature for people to discuss professional and personal information on social media platforms. You could face negative consequences if you post about your recent raise at work, upcoming vacation plans, or another event involving your finances.

Child Custody and the Involvement of Social Media

If you and your spouse have kids, negotiating a child custody arrangement is necessary. Texas courts often enforce an order that will meet the best interests of the children.

A judge could look at evidence of social media posts that indicate you might be an unfit parent, causing them to award primary custody to your spouse. Examples of these posts could include:

Even though you’re not a vengeful or violent person, someone could take your posts that way. The court could look at them as fact and believe you’re a danger to yourself, your spouse, and your children. If the judge thinks you’re unstable or don’t have the capacity to take care of your kids and keep them safe, they could award your spouse sole custody.

If you’re going through a divorce and wonder about the ramifications of your social media activity, contact Higdon, Hardy & Zuflacht, L.L.P. immediately. We can review the circumstances of your case and determine how to protect you during legal proceedings.

Call us at (210) 349-9933 today for a consultation to learn more about your available options during a divorce in Texas.